From our own house, we propose three ORANGE signposted routes that we clean, maintain and signpost ourselves for their perfect condition. Larrogain is a climb to the rocks that you can see to the north of our house closing the valley. It is not difficult, but it has a certain unevenness and the terrain at the top is narrow and surrounded by boxwood. The other two trails are more familiar. Baratza Bidea will allow you to visit the river and, in summer, to swim in its pools. And the Lusarreta Way is designed for younger children, with the final surprise of visiting the Romanesque granary of this town. From the web you can download the GPS tracks and, in our accommodation, we can give you some plastic cards with the route.
And from 2017 you can walk the Roman road to Nagore (S) and to Espinal (N) 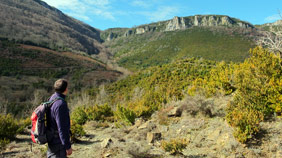 A route with a mountain air that leaves from the very door of Casa Monaut. Circular route through the Sierra de Labia to crown the summit of Larrogain. This is a little known mountain for the general public, but it dominates Saragüeta and is visible from all over the valley. 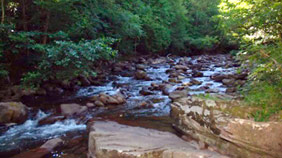 A family route that descends from Saragüeta through a ravine and meets the Urrobi riverbed and the NA-172. In the ascent, we will go up the right bank of the Arangoa stream to reach the village again at the level of the washhouse. 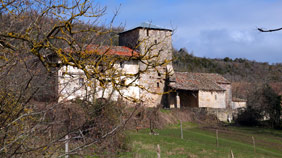 Simple family path that links the towns of Saragüeta and Lusarreta, in the Arce Valley. Children will love to see the famous stone granary of the neighbouring town. 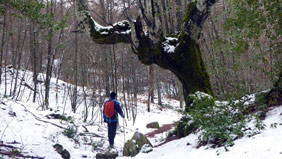 Linear route between our village and the Urrobi campsite in Espinal following the route recovered and marked out on the old Roman road in the Pyrenees. Arrange for a return car or talk to us about transport. 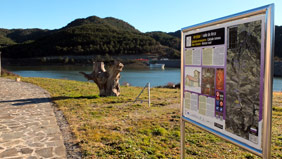 Linear route between our village and the surroundings of Arce-Nagore following the route recovered and marked out on the old Roman road in the Pyrenees. Plan to return by car or talk to us for transport.

A good walk from Casa Monaut, down to the river Urrobi, and then along a path between boxwoods to Urdirotz and take the Roman road with white and purple marks to return to Saragueta, completing a circular tour of the valley of Arce.
It is worth…